Principal Oboe Olivier Stankiewicz is embarking upon the oboe solo at the end of last Sunday’s performance of The Damnation of Faust when he realises he has a water bubble in his keys.

What we didn’t capture on camera: Rosie cleans Olivier’s instrument, fits a new reed and hands it back to him, all in time for their next entries.

And meanwhile, none of the players around them bats an eyelid, and no one in the hall is any the wiser that there has been a drama.

The cameras were rolling because we live-streamed the whole concert which you can watch here:

Xenakis made use of the resources of the expanded modern orchestra throughout his composing career. Visceral gestures‚ prolonged in sequences of vibrant inner activity‚ typify Xenakis’s Pythagorean ballet for Balanchine‚ Antikhthon (1971). The procedure is fined down in 1974’s Noomena‚ whose chains of sound react against each other at a dizzying rate of velocity‚ while Empreintes (1975) heralds a new phase in its more sustained growth towards a laconic‚ Stravinskian close. 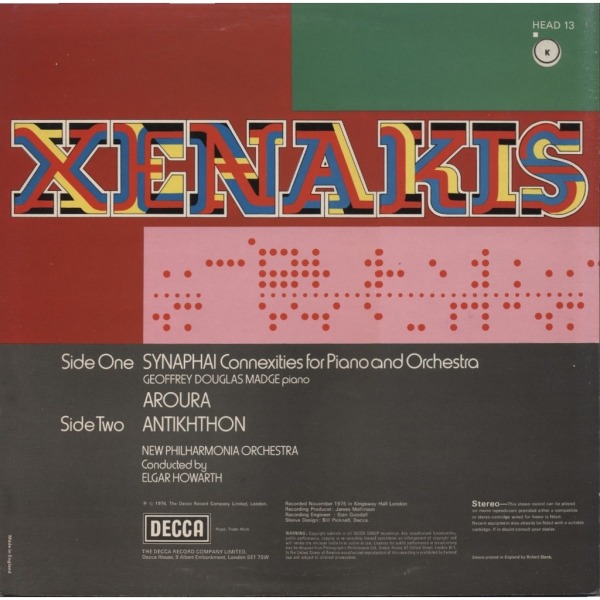 Aroura is a composition for strings by Greek/French composer Iannis Xenakis. It was composed in 1971.

The title of this composition should be translated as “Earth”. It was first performed on 24 August 1971, at the Lucerne Festival. It was premiered by Rudolf Baumgartner with the festival’s Lucerne Festival Strings. It was published shortly after by Éditions Salabert.

The piece is in only one movement and takes around 12 minutes to perform. It is scored for four first violins, three second violins, two violas, two cellos and one double bass, even though it is clarified by Xenakis that it can also be performed by a larger string orchestra or ensemble. Aroura makes an extensive use of glissandos, jagged chords, sound clusters and other techniques exploited in avant-garde movements. The piece has a tempo of 𝅗𝅥 = 60 (which means two beats per second). The register of the piece ranges from a C1 (played by the double bass) to D8, played by one of the first violins. First and second violins rarely play unison, but each of the violinist has their own line. Xenakis uses graphic notation up to six times in the score, the first one being the opening of the composition.

In November 29, 1975, Elgar Howarth with the New Philharmonia Orchestra recorded the piece in Kingsway Hall, in London. The recording was released by Decca and Explore Records. 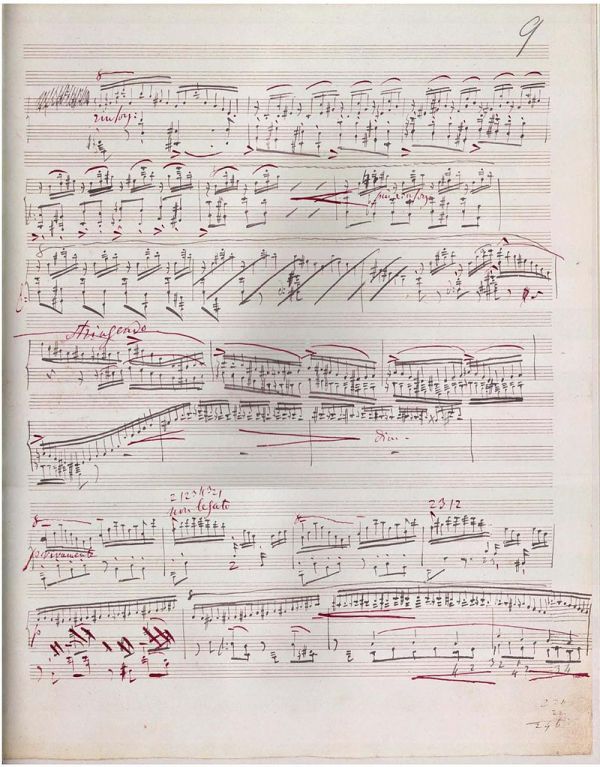 The Sonata in B minor, S.178, is a sonata for solo piano by Franz Liszt. It was completed in 1853 and published in 1854 with a dedication to Robert Schumann.

Liszt noted on the sonata’s manuscript that it was completed on February 2, 1853, but he had composed an earlier version by 1849. At this point in his life, Liszt’s career as a traveling virtuoso had almost entirely subsided, as he had been influenced towards leading the life of a composer rather than a performer by Carolyne zu Sayn-Wittgenstein almost five years earlier. Liszt’s life was established in Weimar and he was living a comfortable lifestyle, composing, and occasionally performing, entirely by choice rather than necessity.

The Sonata was dedicated to Robert Schumann, in return for Schumann’s dedication of his Fantasie in C major, Op. 17 (published 1839) to Liszt. A copy of the Sonata arrived at Schumann’s house in May 1854, after he had entered Endenich sanatorium. His wife Clara Schumann did not perform the Sonata; according to scholar Alan Walker she found it “merely a blind noise”.

Tonight is the opening concert of the new season at Staatskapelle Dresden. Christian Thielemann will conduct Max Bruch’s famous violin concerto and Bruckner’s 1st Symphony. We celebrate the event with part one of our ’10 Best’ series of recommended recordings of the latter.

The Symphony No. 1 was premiered under Bruckner in 1868. It was dedicated to the University of Vienna, after Bruckner was granted an honorary doctorate in 1891.

1a. Eugen Jochum with Berliner Philharmoniker (1965)

1b. Eugen Jochum with Staatskapelle Dresden (1978)