Recorded June 4th 1979, and filmed on location in the monastery church in St. Florian, Austria with Herbert von Karajan and the Vienna Philharmonic Orchestra.

Karajan later in an interview related that he was given special access to Bruckner’s underground tomb located beneath the great organ, where he was alone with Bruckner’s sarcophagus for a lengthy amount of time before the performance.

Anton Bruckner ‘s Symphony No. 8 in C minor is the last Symphony the composer completed. It exists in two major versions of 1887 and 1890. It was premiered under conductor Hans Richter in 1892 in Vienna. It is dedicated to the Emperor Franz Joseph I of Austria. This symphony is sometimes nicknamed The Apocalyptic, but – as with the nicknames The Tragic (for the Fifth Symphony), The Philosophic (for the Sixth), and The Lyric (for the Seventh) – this was not a name Bruckner gave to the work himself. [source] 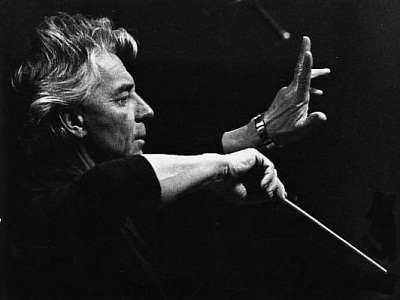