This work describes a man and a woman walking through a dark forest on a moonlit night, wherein the woman shares a dark secret with her new lover: she bears the child of another man.

Schoenberg conducts Verklärte Nacht (fragment) recorded in Berlin 1928. Verklärte Nacht (or Transfigured Night), Op. 4, is a string sextet in one movement composed by Arnold Schoenberg in 1899 and his earliest important work. Composed in just three weeks, the work was inspired by Richard Dehmel’s poem of the same name, along with Schoenberg’s strong feelings upon meeting Mathilde von Zemlinsky (the sister of his teacher Alexander von Zemlinsky), whom he would later marry. Schoenberg, the 20th-century revolutionary and later inventor of the twelve tone technique, is perhaps best known among lay audiences for this early tonal work. The piece derives its stylistic lineage from German late-Romanticism. Like his teacher Zemlinsky, Schoenberg was influenced by both Johannes Brahms and Richard Wagner and sought to combine the former’s structural logic with the latter’s harmonic language, evidenced in the work’s rich chromaticism (deriving from Wagner’s Tristan und Isolde) and frequent use of musical phrases which serve to undermine the metrical boundaries. The work comprises five sections which correspond to the structure of the poem on which it is based, with themes in each section being direct musical metaphors for the narrative and discourse found in the poem. As such, the piece is one of the earliest examples of program music written for a chamber ensemble. The original score calls for two violins, two violas and two cellos. In 1917, Schoenberg produced an arrangement for string orchestra (a common practice at the time), and revised this version in 1943. There is also a version for piano trio by Eduard Steuermann. The string orchestra version is the one most often recorded and performed. The work has also served as the basis for several ballets. Verklärte Nacht was controversial when it was premiered in 1902. This was due to the highly advanced harmonic idiom as well as, perhaps, Dehmel’s explicit references to sexual themes in the poem. The work does indeed employ a richly chromatic language and often ventures far from the home key, though the work is clearly rooted in D minor. A particular point of controversy was the use of a single ‘nonexistent’ (that is, uncategorized and therefore unpermitted) inverted ninth chord, which resulted in its rejection by the Vienna Music Society. Schoenberg remarked “and thus (the work) cannot be performed since one cannot perform that which does not exist”. The work was premiered on March 18, 1902 in the Vienna Musikverein by the Rosé Quartet, Franz Jelinek and Franz Schmidt. Arnold Rosé and Albert Bachrich played the violin, Anton Ruzitska and Franz Jelinek the viola, and Friedrich Buxbaum and Franz Schmidt the cello. 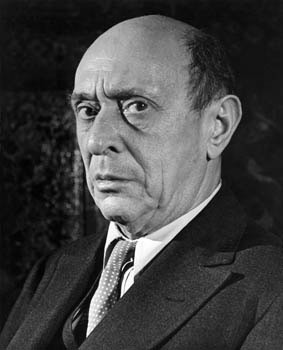