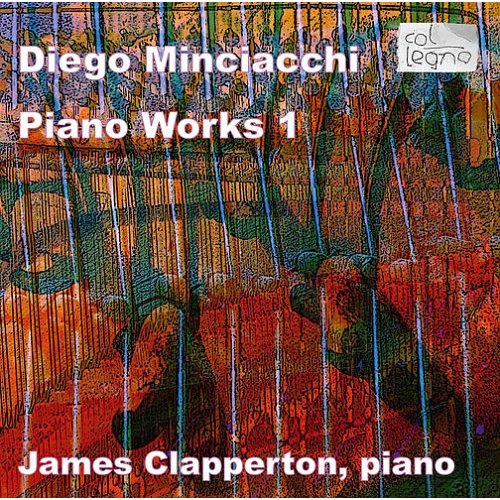 The Rome Opera commissioned Morton Feldman to write an opera in 1977. In the same year, the composer collaborated with Irish writer Samuel Beckett, and Neither was completed and premiered. It is not an opera. There are no scene changes, no characters except for one unnamed female singer who performs only sixteen lines of text over the course of more than fifty minutes. There is neither plot nor chorus. However, with creative use of lighting, the work can be effectively staged despite the lack of operatic conventions. Many of Beckett’s late plays rely on little more than lighting to convey their visual worlds. Beckett and Feldman held each other’s work in high regard. Their first meeting was awkward, Feldman being the famously gregarious New Yorker while Beckett was a laconic, unsocial Irishman. They did not actually work together on the project. Beckett simply handed off completed text and the composer set it to music. It is a haunting work with a weird and sublime quality that does credit to both artists.

One of its most compelling qualities lies in the way Beckett and Feldman created and manipulated a text that demonstrates the variable effects of memory. Beckett began with a text that is broken up like poetry, and translated it into French. Then, retranslating one of the fragments into English, Beckett found that the line had been slightly altered from the original. He applied this operation to each fragment several times until the text was almost unrecognizable. This required him to forget what the original fragments said. Feldman’s mature music was likewise grounded in the moment, in the annulment of the listener’s memory of what has taken place beforehand; in the composer’s unique musical outlook, memory is of minor importance. What matters is sustaining the initial idea in a collection of moments until the possibilities of the initial idea have exhausted themselves. In art forms that traditionally depended so much upon memory, Beckett’s and Feldman’s approaches, and their confluence here, had revolutionary aspects.

Both the text and music are eerie in the extreme, suggesting a superficial comparison to Schoenberg’s Erwartung–which features a deranged woman singing of her confusion while the atonal soundscape suggests a Wagnerian treatment of dementia. Neither features a woman singing of something even more difficult to grasp, something unknowable, pointing toward an uncomfortable and unfamiliar world with music in which each moment erases the significance of its predecessor. Erwartung is an excellent example of expressionism, depicting the artist’s journey inward, confronting the inner torments of the subject, and Neither is a unique example of abstract expressionism, which rarely finds a voice in anything resembling an operatic format. The singer’s part conveys a feeling that does not have a name. Neither shocking nor conventional, she illustrates the character of the work. As in Erwartung, the singer in Neither is isolated, but the two states of isolation are different. Erwartung has a subject that cannot grasp the world due to a mental illness, which causes anxieties that unaffected people suffer to a lesser degree. Neither instead involves a truth: that there is no deferring death, whether one’s surroundings are familiar or unfamiliar. This is not madness, but rather a clear yet uncomfortable idea. Listeners learn nothing about the subject in Neither, and never know whether to feel sympathy or aversion toward her. The opposite is true in Erwartung; listeners experience both these emotions. Neither is a strikingly rewarding and original work that completely succeeds; indeed, it is probably almost-opera’s greatest statement. [Allmusic.com]

The first 10 minutes with visuals:


Read more about the opera here and here.