For this disc of music by John Cage for violin and keyboard, Annelise Gahl and Klaus Lang have intermingled the movements of two works, Six Melodies from 1950 and Thirteen Harmonies from 1985. Six Melodies grew out of the same impulse as Cage´s seminal String Quartet in Four Parts, and the composer described the melodies as a postscript to the quartet. With Cage’s approval, composer and violinist Roger Zahab arranged the Thirteen Harmonies from movements of Cage’s Forty-Four Harmonies, part of his 1976 composition, Apartment House 1776, for voices and instruments. The melodies used are hymn tunes by American composers of the Revolutionary period, such as William Billings, Supply Belcher, Andrew Law and James Lyon, and Zahab selected 13 in recognition of the 13 original colonies. Although the two works are from very different creative periods in Cage´s career, they are similar enough in style that they beautifully fit together, particularly in the ordering that violinist Gahl and keyboardist Lang give them. The movements from the two works have lengths from about a minute to 13 minutes. The Harmonies are distinguishable largely because the original hymn tunes are presented with unadorned directness, but otherwise many of the movements from the two works are similar in tone — meditative, introverted, gentle, and optimistic, unfolding with Feldmanesque openness and unpredictability. [read more] 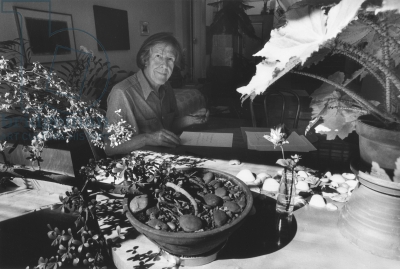