By Ronnie Rocket, in Berlin-Charlottenburg 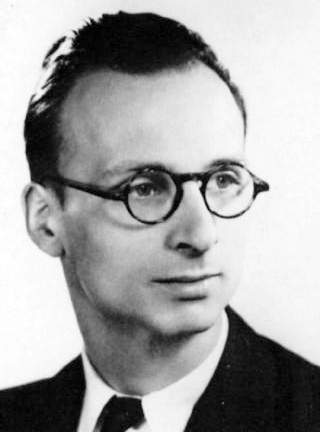 Sunday October 9, 2011, will be a very special day for me. No, I am not thinking about the Japanese F1 Grand Prix (even though I am getting up early to see that as well). This Sunday I will hear the music of French composer Jehan Alain played live for the first time.

I discovered the melancholic music of this legendary organist and composer at a very early age. As a teenager I travelled to Warsaw (dabbling with marxism in high school, my father thought it was a good idea that I experienced the east bloc first hand, which later turned out to be a really excellent idea, but for all the wrong reasons) and changing my valuable dollars into zloty on the black market in the eighties left me with bundles of local cash, that I did not know what to do with.

Visiting a record store looking for jazz records, I decided it was easier to buy a copy of every single record there. Then I could listen to records when I came home to Copenhagen. This crazy arrogant venture would later turn into one of the most important moments in my life.

By accident, I discovered the music of Krzysztof Penderecki, Witold Lutoslawski and – the very underrated female composer – Grażyna Bacewicz. Listening to these contemporary Polish composers as a young boy left a lasting impression on me and I still feel very privileged when I enter the unique world of these European cultural icons.

In the boxes there was also a record by a Polish organist playing the music of Jehan Alain. It was the saddest music I had ever heard in my life. Remember, this was in the eighties, so anything dark and suicidal was very appreciated. Learning that Alain was a motorcyclist for the French army during the war and killing 16 nazis in a dramatic shootout before getting shot himself in 1940 did not make the story less interesting.

I must have listened to this Polish vinyl record at least a hundred times and since on several CD recordings picked up around the world. On Sunday, the composition Le Jardin Suspendu will be performed live in the Berliner Philharmornie.

One of Alain’s seminal organ works, Le jardin suspendu (The Hanging Garden) is a feat of cross-cultural legerdemain. Ostensibly a dreamy evocation of Babylon and the 1,001 Nights, the piece is built upon a great structure of the European Baroque: the chaconne. Slow, soft, and remote, the work begins its four-bar ostinato not in the bass as expected, but in a very high register. (In keeping with the image of a suspended garden, no truly low notes tether the composition to the Earth.) Part of the melody seems a slow-motion version of “All the girls in France do the hoochie-coochie dance,” although this may simply be an unfortunate coincidence. The music varies little during its several repetitions, except for a thicker, more animated section just past the midpoint. Before long, the piece reverts to its opening mood: mysterious, exotic, hypnotic.

Also performed at the concert:

Here is another fan celebrating this years 100th birthday of Jehan Alain:

Here is an introduction to the organist Olivier Latry:

A native of Boulogne-sur-Mer since 1985, Olivier Latry is one of the four titular organist of Notre-Dame de Paris, one of the most prestigious organist posts in France. At the same time he has the reputation of being one of the most successful concert organists of his time. He discovered his instrument at the age of 12 years after he had already played several years of piano. After his training, he spent four years as organist at the cathedral in Meaux, before he, just 23-years old, received his Paris assignment. Olivier Latry is also conducting educational activities. Since 1995, as the successor of Michel Chapuis,he leads the organ class at the Paris Conservatoire. From his CD releases are of particular note the complete recordings of all the organ works of Olivier Messiaen and the recording of the Organ Symphonies No. 5 & 6 by Charles-Marie Widor.

Also performed at the concert: