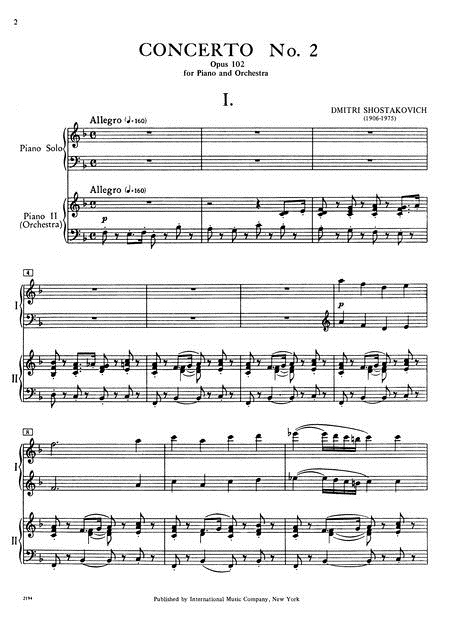 Piano Concerto No. 2 in F major, Op. 102, by Dmitri Shostakovich was composed in 1957 for his son Maxim’s 19th birthday. Maxim premiered the piece during his graduation at the Moscow Conservatory. It is an uncharacteristically cheerful piece, much more so than most of Shostakovich’s works. The work is scored for solo piano, three flutes (third doubling piccolo), two oboes, two clarinets, two bassoons, four horns, timpani, snare drum and strings. Despite his dismissal of the concerto, the composer performed it himself on a number of occasions, and recorded it along with his first concerto. Both are played at fast tempi rarely matched in modern recordings.