Toshi Ichiyanagi (一柳 慧 Ichiyanagi Toshi?, born 4 February 1933, Kobe, Japan) is a Japanese composer of avant-garde music. He studied with Tomojiro Ikenouchi, Kishio Hirao and John Cage. One of his most notable works is the 1960 composition, Kaiki, which combined Japanese instruments, shō and koto, and western instruments, harmonica and saxophone. Another work Distance (1961) requires the performers to play from a distance of three meters from their instruments. Anima 7 (1964) states that chosen action should be performed “as slowly as possible.”  Ichiyanagi was married to Yoko Ono from 1956 to 1963. [source] 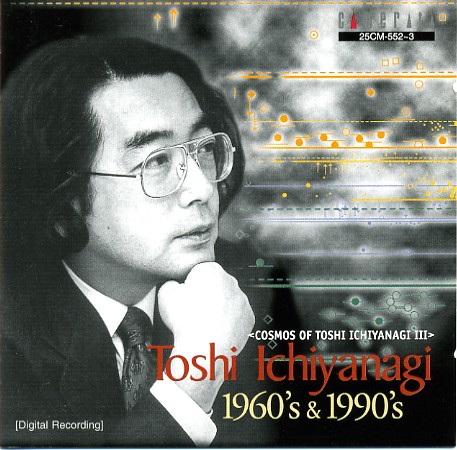