Krzysztof Penderecki, born 23 November 1933) is a Polish composer and conductor. His 1960 avant-garde Threnody to the Victims of Hiroshima for string orchestra brought him to international attention, and this success was followed by acclaim for his choral St. Luke Passion. Both these works exhibit novel compositional techniques. Since the 1970s Penderecki’s style has changed to encompass a post-Romantic idiom.

He has been called Poland’s greatest living composer.

David Lynch has used Penderecki’s music in the soundtracks of the movies Wild at Heart (1990) and Inland Empire (2006). [source] 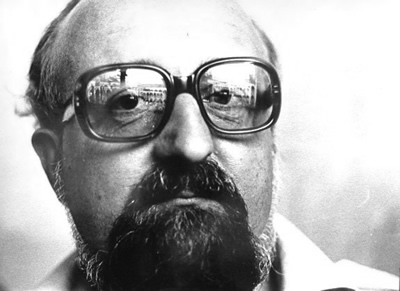 [via Ronnie Rocket, thanks a lot]